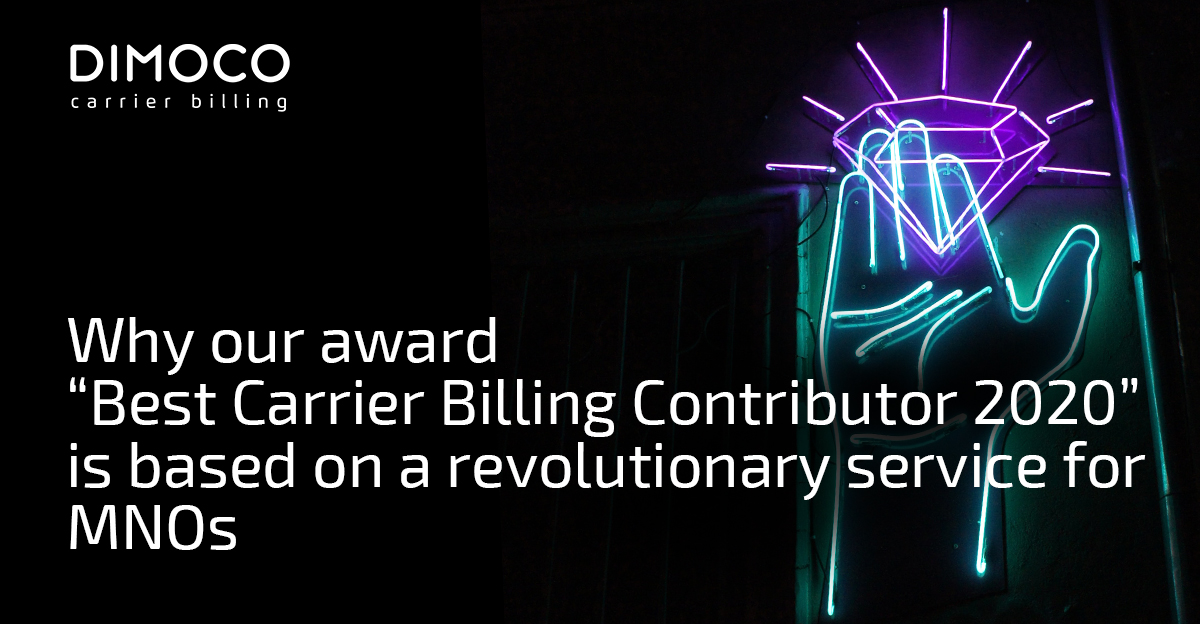 In October 2020, DIMOCO hit international news twice.
Firstly, we announced the notification of the German Mobile Network Operators Telefónica Germany, Telekom and Vodafone as Payment Agents.
Only a week later, we attended the Global Carrier Billing Summit and Clemens Leitner, Executive Vice President Carrier and Business Development at DIMOCO Carrier Billing, was awarded “Best Carrier Billing Contributor of the Year” and DIMOCO was shortlisted as Best Aggregator 2020.
An eventful fortnight indeed, though lengthy preparation and hard work lead up to the newsflashes.

When the telecommunication exemption PSD2 was passed in 2018, entitling Mobile Network Operators (MNOs) to only process digital goods, ticketing, parking and charities, but restricted them of billing goods and services outside the telecommunication exemption, the fact that DIMOCO was granted a payment license by the Austrian Financial Market Authority (FMA) in 2016, led to spark an innovative idea.
Clemens, responsible for both carrier and business development, took the lead for a special project, aiming to enable MNOs to pick the  forbidden fruit, namely goods and services outside the telecommunication exemption, such as eRental, eScooters or car sharing, EV charging, physical goods like vending for snacks and beverages, teleshopping, micro insurances, food deliveries or money remittances.
Carrier billing has of course been a relevant payment method for online goods over the last decade due to obvious reasons we all are aware of, but the time to for the next evolutionary step dawned. Nowadays, the online gaming market is saturated, large merchants and app stores are also covered. So, what is next in advancing the growth of DCB? The already mentioned sector of goods and services outside the telecommunication exemption of PSD2 boasts a massive potential for DCB! To establish DCB in this sphere,  the regulatory challenge need to be tackled and the agent model is a sufficient and perfect way to do so.

As Mark Twain famously once said: “The secret of getting ahead is getting started.” Now, one-and-a-half years later, the initial vision became reality and ahead we are, in fact ahead of the current, offering a unique solution.
On 1st  October 2020, the three major German MNOs were notified as DIMOCO payment agents – in Europe’s largest economy! The German MNOs Telefónica Germany, Telekom and Vodafone have been the first to recognize the immense potential of the DIMOCO agent model partnership and the vast market possibilities under this model, news we  shared with the world in a joint press release.

The payment method with the highest penetration and widest reach?
The answer is Carrier Billing.
Out of a German population of currently 83.02 million inhabitants, only 40 million people own a credit card and 23 million hold a PayPal account. In 2019, over 140 million mobile subscriptions were registered in Germany.

Operators are now able to tap into a whole new merchant pool, beyond digital goods, ticketing and donation services. An opportunity to increase revenue for operators and merchants alike!

MNOs are facing the challenge to continue the growth curve they have experienced with app stores, marketplaces and in the gaming sector over the last years. The solution is breaking into new verticals, a new merchant target group, a market in fact worth multiple times the traditional digital DCB market. Digital services have always been the obvious tie to DCB, but now, carrier billing is being extended to payments in m-Commerce, the obvious catch, and, in addition, e-Commerce which is a huge step towards a possible revenue opportunity. According to Juniper Research , the global market volume of m-Commerce is set to reach $ 3.2 trillion by 2024, the European (WE + EE) market a volume of $ 350 billion.

Network Operators have often shied away from taking the step to apply for an own license on their own, as it’s a very complex and costly procedure.
Meanwhile, Clemens has built up a new additional team to accompany the project: a program manager for MNOs, making the process a plug-and-play solution, and a sales force of business development managers, responsible for sourcing merchants beyond the digital sphere to deploy DCB, ensuring a future-proof growth for operators.

A good idea starts with a good conversation:
sales@dimoco.eu 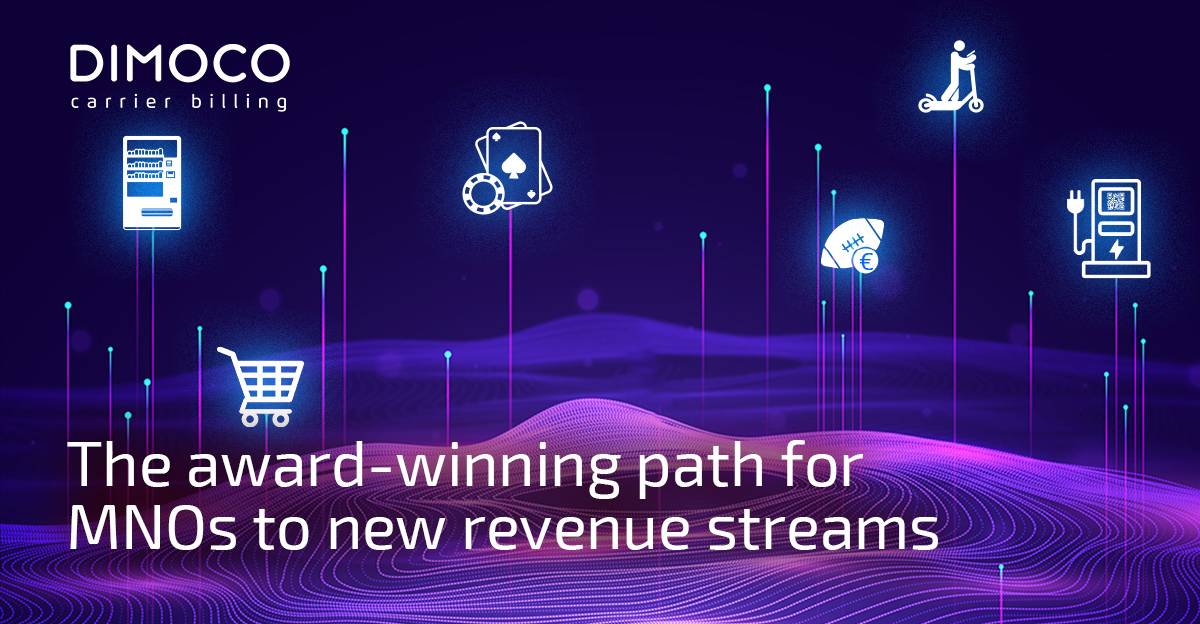 Get the latest DIMOCO blog posts delivered straight to your inbox.